Bad Tenants – banning the ability to evict them – below is an article that is another reason (one of many) why you need an experienced property manager to look after your investments.

A Bill to reform the rental market has angered landlords who say new regulations will mean they get stuck with bad tenants.

The Residential Tenancies Amendment Bill, first introduced in November 2019, aims to improve the well-being of renters by introducing a number of changes including banning rent bidding and ensuring healthy homes.

The Bill will also ban the landlord’s ability to evict tenants with 90 days’ notice and no reason. The proposal has been criticised by the Real Estate Institute of New Zealand (REINZ).

“If this change goes ahead we believe this may be the final straw for landlords,” said Bindi Norwell the chief executive of REINZ.

“Rental property owners will have limited abilities to remove tenants who are causing problems in their properties or causing trouble with neighbours,” she said on Tuesday.

Associate Housing Minister Kris Faafoi says the amendments aim to even the playing field between landlords and tenants.

“[The changes] provide a balance between the rights and responsibilities of both tenants and landlords,” said Faafoi in a press release.

The amendments will require a justified reason to end a tenancy and introduce new provisions for antisocial behaviour.

Landlords will be made to apply to the Tenancy Tribunal with three written incidents of antisocial behaviour within 90 days.

Each written incident must include the type of behaviour, the date and time it occurred and advise the tenant that they have the right to challenge the notice.

If the landlord would suffer greater consequences than the tenant then the tenancy can be terminated.

“Rental property owners have already had to contend with a raft of legislative changes over the last few years designed to bring the balance more in favour of tenants,” said Norwell.

Other changes include allowing tenants to make minor modifications to properties such as babyproofing and hanging pictures, banning the solicitation of rental bids and limiting rent increases to once a year.

However, REINZ supports the ban on rental bidding, saying driving up prices is “unfair and unethical”. It also supports limiting rent increases to allow tenants and landlords to have more certainty.

“This will allow tenants and landlords to have more certainty and ensure everyone knows where they’re at in relation to their finances,” said Norwell.

This entry was posted in Bad Tenants. Bookmark the permalink. 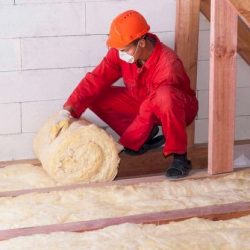